NEW REPORT | Trade Secrets: How to reboot apprenticeships and kick-start the recovery

It is time to reboot apprenticeships

by Head of Education, James Scales

Cushioned by the security of paid employment, the chance to build new skills, and the prospect of a job beyond that, apprenticeships are powerful agents of progress. They increase employability and earning potential, without the weight of student debt tied to learners’ futures. They allow people to retrain in a fast-changing world. And by tracking demand in the market, they boost our economy.

And yet we have not yet realised their potential. The number of apprenticeships dropped by a quarter between 2014/15 and 2018/19. Some lacked currency and had to go, but there is plenty of scope for many more high-calibre apprenticeships.

Part of the problem is that non-levy paying employers operate in a world in which apprenticeships are effectively capped. There is considerable untapped potential here: as of January 2020, non-levy payers lacked the resources to fund around 85,000 apprenticeships.

Apprenticeships also lean too heavily towards highly qualified employees, and not enough towards school leavers. And this is not helped by the fact that some employers use levy funds to rebadge existing training, or to accredit skills that people already have.

There is a distinct lack of advice on apprenticeships in schools. And employers are often unaware of the support that exists to help them; according to YouGov/CSJ polling, 43 per cent of those who employ apprentices are not aware of any form of financial support available to them.

There are many excellent training providers, but we need more. The current market is a patchwork of varying quality and availability.

And non-completion is a problem. Around a third of apprentices who reach the end of their terms have not finished and in some cases, individuals drop out for perfectly avoidable reasons.

In our report, we outline several proposals that would craft a clear pathway to a stronger apprenticeship offer. Here are three of them.

First, remove the cap on government-backed training for non-levy payers. We need a system where apprenticeship numbers flow to their natural destinations, but because many SMEs cannot afford training costs, that will never happen unless we have a specific non-levy budget. If the government wants to limit spending, it could restrict this to areas where there are skills shortages.

Second, leverage the government’s role as an enormous employer. It could promote apprenticeships to fill public-sector vacancies, for example in nursing. It could harness infrastructure projects, like those relating to high-speed broadband, rebuilding schools, green buses and HS2. And, as it spends around £250 billion a year on procurement, there is plenty of scope to promote apprenticeships in the terms of its external contracts.

Third, shore up our offer for school leavers. Apprenticeships should play a part in reskilling established workers, but not at the expense of posterity – not least in an economic climate that is rapidly extinguishing young people’s prospects – and government should fund 16–18-year old apprentices’ training. But there is little point in doing this if pupils do not know about apprenticeships, as is all too often the case. We must, therefore, also get a proper grip on careers advice and should take a firmer stance on the minority of schools that frustrate meaningful dialogue between trainers and pupils.

It is time to reboot apprenticeships. If we get this right, we could see a much-needed shift towards vocational training – and with it, a more seamless fit between the skills we need and the ones we learn.

The Centre for Social Justice@csjthinktank
An independent think-tank, established to put social justice at the heart of British politics. 👉 MEDIA: media-enquiries@centreforsocialjustice.org.uk
Total Tweets12.59K
Followers25.30K
Following2.71K
The Centre for Social Justice @csjthinktank
1 day ago
How best to turn the tide on school exclusions? @MrAndy_Carter, Chair of the APPG on School Exclusions and Alternative Provision, reflects on the APPG's inquiry into the recent SEND review.https://t.co/2QPow8boVC
2 1 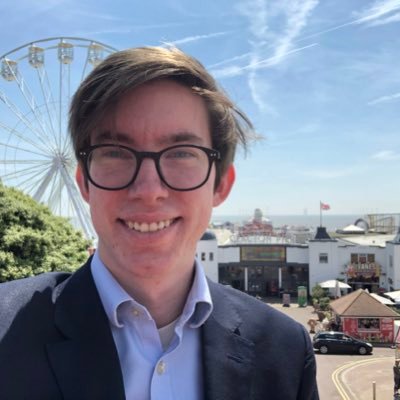 Matthew Greenwood@MGreenwood09
Acting Head of Debt at @csjthinktank, formerly @ukonward. Modern History graduate of @univofstandrews | Conservative | Native Clactoner | Views are my own
Total Tweets339
Followers1.77K
Following1.31K
@MGreenwood09: News of a possible long recession is deeply worrying for everybody, but especially those at the bottom. *Recent data by Equifax already shows the use of high cost credit is up by +43%. We can do more to provide better credit options. @csjthinktank 🧵
3 The Centre for Social Justice@csjthinktank
An independent think-tank, established to put social justice at the heart of British politics. 👉 MEDIA: media-enquiries@centreforsocialjustice.org.uk
Total Tweets12.59K
Followers25.30K
Following2.71K
The Centre for Social Justice @csjthinktank
7 days ago
The CSJ's Beyond Westminster podcast takes a look at the issues facing Britain’s most disadvantaged communities.In our latest episode we look at the scale of illegal money lending and the methods used by loan sharks to exploit their prey. https://t.co/yAao0hkGxJ
2 5
Follow @CSJthinktank

Community interventions with relationships at the heart are helping adults…

A Preventable Crisis: How to stop a surge of illegal…

Building Bridges to the Future

The Golden Thread: Putting family at the heart of the…