Shortly before lockdown, I travelled the length of the UK visiting members of the CSJ’s Alliance of small charities to gain an understanding of the reality of problem debt – from those who understand it best.

From Oldham to Peckham, Harlow to Bradford, Melton Mowbray to Coleraine, I met not only with debt and money advisors, but the staff and clients of organisations providing relationship, health and housing support for severely indebted individuals and families.

Its impact was laid starkly before me.

The hair pulled out by parents, whose stress filtered down to their children affecting behaviour at school. The visible strain on family relationships. The careers left in tatters. Its cause (and consequence) of alcohol and other substance abuse. The evidence was unequivocal: problem debt ruins lives.

Yet what also became clear was that the nature of problem debt has changed – and is changing.

As we show in our latest report, Collecting Dust: a Path Forward for Government Debt Collection, recent years have seen a remarkable rise in the number of people presenting with problematic debts owed to government authorities (rather than, say, consumer debts for credit cards or personal loans).

Looking at the data confirmed the wisdom imparted by those on the frontlines. Our analysis of Citizens Advice records shows that 42 per cent of debt issues reported in 2018-19 related to debts owed to the government or other public bodies. This has risen from 21 per cent in 2010-11, overtaking difficulties relating to consumer credit debts, which fell from 57 per cent to 32 per cent over the same period.

Issues with the repayment of council tax arrears, benefit (and historical tax credit) overpayments – and, increasingly, parking fines – are today a fact of life for thousands of people caught in problem debt. But while the Government has made significant progress in clamping down on exploitative high-cost consumer credit, the public sector continues to use antiquated methods of debt collection causing untold stress for families in arrears.

Galvanised by the introduction of the Financial Conduct Authority’s Treating Customers Fairly guidelines, debt collection in the private sector has changed significantly over a decade. Thought-out vulnerability policies, independent debt advice referrals and affordable repayment plans are all now offered much more widely.

For this approach not only supports those in debt: frankly, it makes commercial sense too. More money is recovered, fewer costly interventions are required (saving firms £82m annually), and fewer people default.

Regrettably, these advances have not yet been mirrored by debt collectors in the public sector. Councils are the nation’s largest commissioner of bailiffs, even though they only recovered 27p of every £1 referred last year. The rules governing council debt collection mean that families often have their debts rapidly inflated by further fees and charges. But departments across Whitehall would also be wise to look to the private sector to reform practices.

The Government has made important progress in this space, including the ‘fairness agenda’ led by the Cabinet Office and the ongoing reviews of council debt collection in the Communities Ministry and of bailiffs in the Ministry of Justice.

An active policy agenda and the pencilled-in parliamentary time for the introduction of the Breathing Space scheme provide an auspicious platform for more far-reaching reform, once the emergency debt relief measures introduced in response to COVID-19 have lapsed.

The CSJ is calling for a Government Debt Management Bill to bring cross-government debt collection up to speed. This would:

Adopting the practices put to good use in the private sector would produce savings for the taxpayer and provide a clearer and earlier route out for those whose lives have been shattered by problem debt.

With the lockdown not going anywhere soon, and the number of people in problem debt sadly set to rise, it is more urgent than ever to carve a new path forward for government debt collection.

The Centre for Social Justice@csjthinktank
An independent think-tank, established to put social justice at the heart of British politics. 👉 MEDIA: media-enquiries@centreforsocialjustice.org.uk
Total Tweets12.13K
Followers24.04K
Following2.68K
The Centre for Social Justice @csjthinktank
13 hours ago
“The lack of financial education really amplifies the fear and stigma of debt,” Lowell UK CEO, John Pears tells @LiamHalligan “What we've heard from the public is that nearly half of people are saying, ‘I could really do with help in knowing how to manage my money’” @JoeShalam https://t.co/8e9V1W61Ws
4 5

The Centre for Social Justice@csjthinktank
An independent think-tank, established to put social justice at the heart of British politics. 👉 MEDIA: media-enquiries@centreforsocialjustice.org.uk
Total Tweets12.13K
Followers24.04K
Following2.68K
The Centre for Social Justice @csjthinktank
15 hours ago
“We need to bring financial education out of the chequebook age and into the TikTok age with this inquiry, and that's what we're hoping to do.” @JoeShalam tells @GBNEWS https://t.co/z0fHEJGPGH
2 11 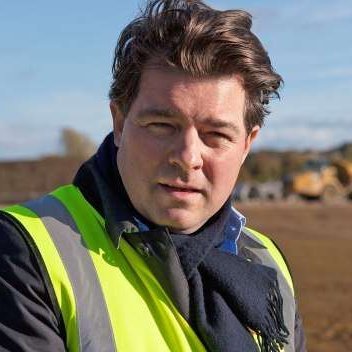 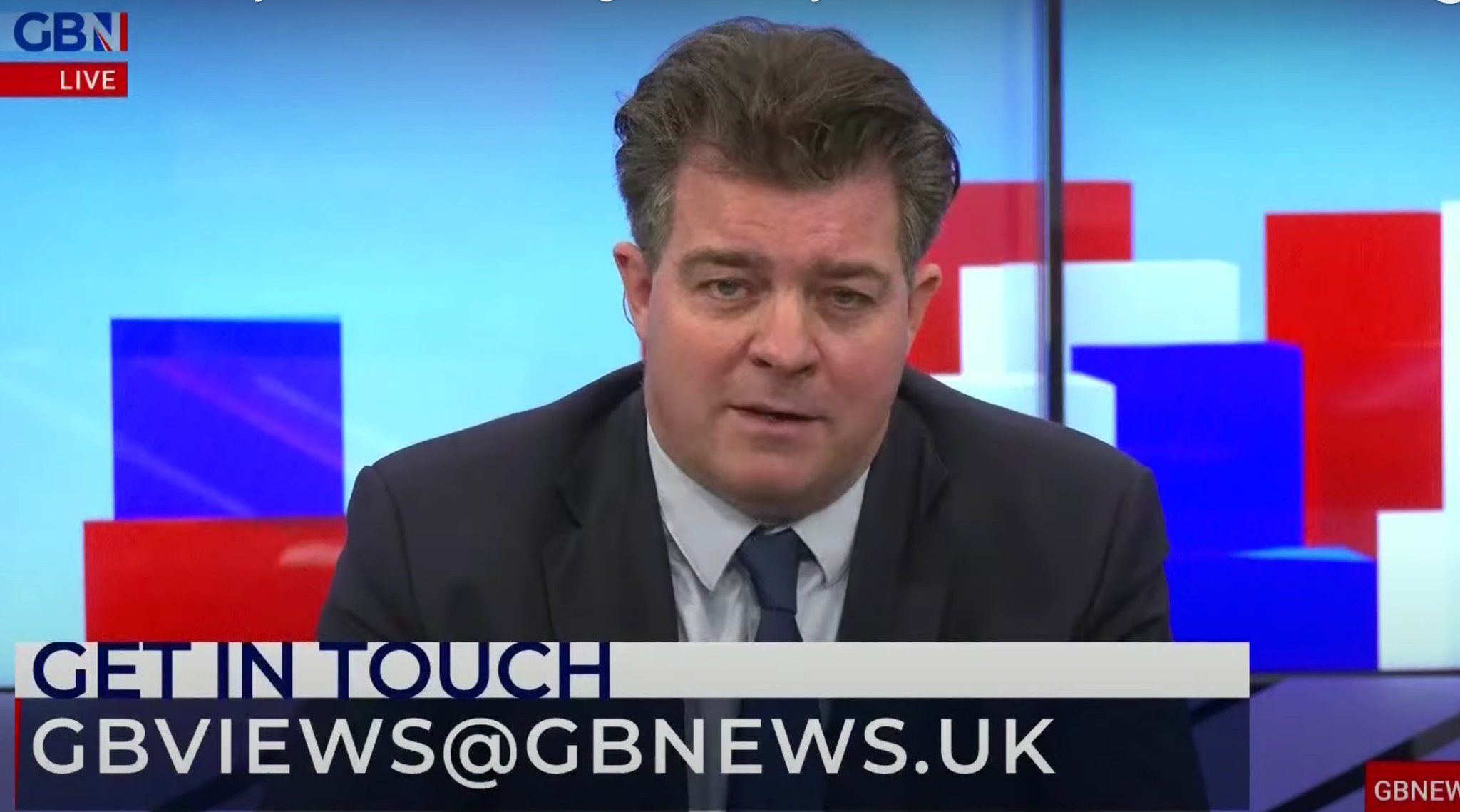 The Centre for Social Justice@csjthinktank
An independent think-tank, established to put social justice at the heart of British politics. 👉 MEDIA: media-enquiries@centreforsocialjustice.org.uk
Total Tweets12.13K
Followers24.04K
Following2.68K
The Centre for Social Justice @csjthinktank
21 hours ago
In the @FT today:“Better financial education is mutually beneficial, yet it isn’t on the map in the way we'd like it to be,” @JoeShalam, policy director, CSJAlthough improving education in schools is key, the need for better money management skills is a cradle to grave issue. https://t.co/iFsc9Gbjx2 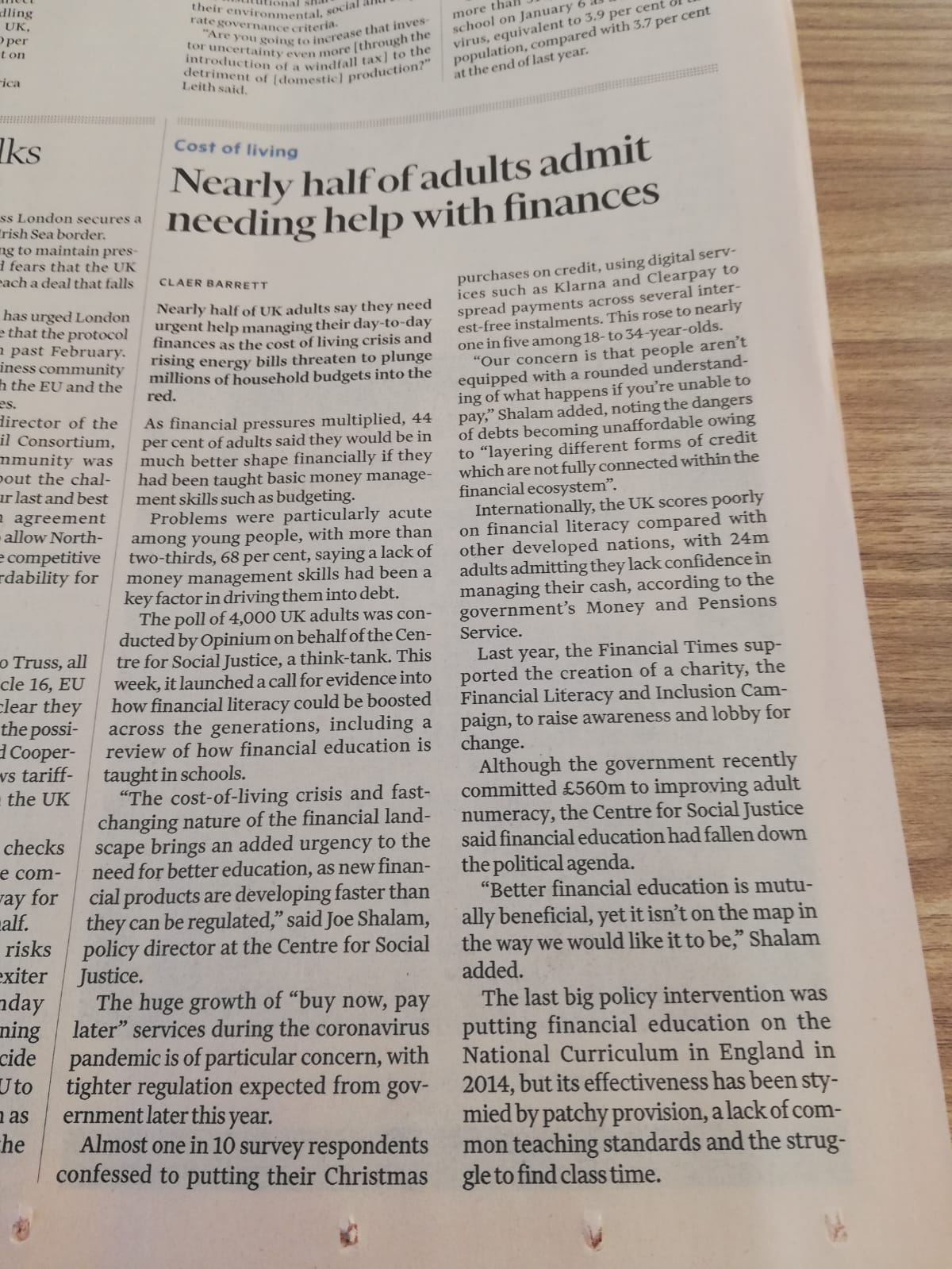